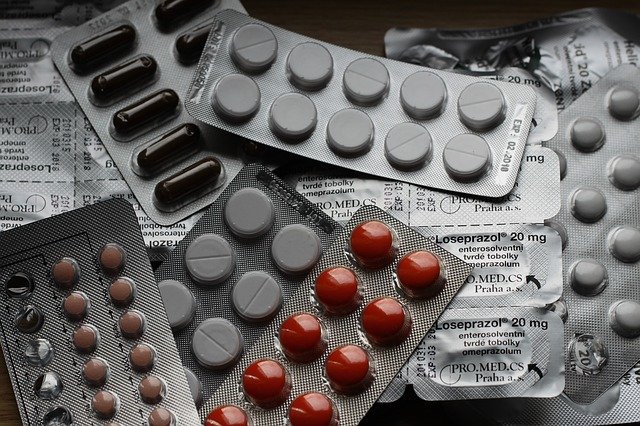 There are numerous types of drug interactions. I outline some of the most common ways that drugs can affect the concentrations and activity of other drugs.

Many drugs will work on various receptors throughout the body. To use as an educational point, there is no better example to point to than the beta receptor. Beta-blockers are frequently used in clinical practice for their ability to lower blood pressure and slow the heart rate. Both of these beneficial actions are primarily achieved by blocking the effects of beta-1 receptors.

Some beta-blockers have action on alternative beta receptors. Propranolol is one such beta-blocker that is classified as a non-selective beta-blockers. This means that in addition to the positive effects on beta-1 receptors, it can also have blocking effects on beta-2 receptors. The blockade of the beta-2 receptor by propranolol can also be life-changing. It can directly oppose beta-2 agonists like albuterol from having their beneficial effects of opening up the airway.

Medication metabolism is arguably the largest and most clinically significant source for drug interactions. Medications that are primarily metabolized by enzymes in the liver can be greatly affected if we affect how those enzymes work. CYP3A4 is one of the most well studied and well-known enzymes that can impact hundreds to maybe even thousands of drugs.

Apixaban is an oral anticoagulant that is broken down at least in part by CYP3A4. By using a CYP3A4 inhibitor like erythromycin, there is the potential to raise concentrations of apixaban. This could lead to a higher risk of bleeding.

Carbamazepine is a drug that you must know. This drug is a potent enzyme inducer. This differs significantly from an enzyme inhibitor and will have the exact opposite clinical effect. Drugs that are inactivated by liver enzymes will be inactivated more quickly in a patient taking an enzyme inducer. Going back to our prior apixaban example above, carbamazepine can induce CYP3A4 and facilitate a more efficient and swifter breakdown of the drug. Bleeding will be less likely. The risk for treatment failure, usually in the form of a blot clot, will be more likely.  Here’s more information from the past on carbamazepine.

By remembering that unbound drug is an active drug, you should appreciate the risk for protein binding alterations. A significant number of medications can bind proteins in the bloodstream. As this occurs, that drug is not freely available to create physiologic effects. When another medication is added that can also bind these proteins, this can displace other medications and increase the quantity of free drug in the bloodstream. This essentially allows for enhanced physiologic effects.

Warfarin is a medication that is highly protein-bound. When another drug is added that can kick warfarin off of those protein binding sites, it can free up warfarin which will increase the likelihood of elevating the patient’s INR and increase their bleed risk.

Some drugs can alter the way other medications are eliminated through the kidney. Chlorthalidone, like all thiazide diuretics, has the potential to block the excretion of lithium from the kidney. This can lead to lithium toxicity.

This type of interaction, while significant, is much less common than drug interactions involve the liver and CYP enzyme pathways.

One of the last types of drug interactions is the effect on transporters. P-glycoprotein is a protein found in many cell membranes in the body and essentially acts as a pump. P-glycoprotein can pump drugs across cell membranes. This can alter drug concentrations and ultimately efficacy and safety.

Stay tuned to the blog for updates on when my new book is coming regarding the most common drug interactions in clinical practice and strategies to manage many of these interactions! It should be out around the new year (2020)!