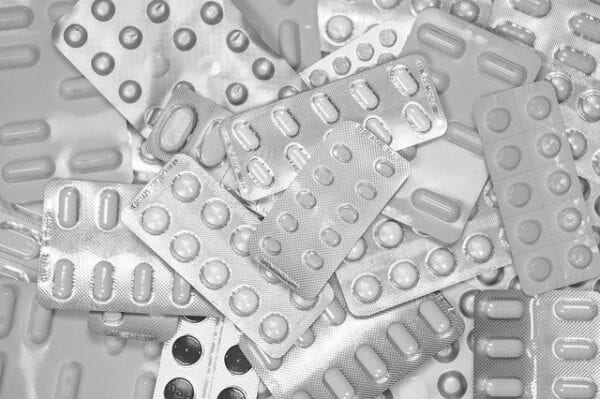 We blogged about doxepin a few weeks ago now and I had a colleague bring this article to my attention. The relationship between doxepin and CYP2D6 is a very important one and I wanted to discuss it further with some potential drug interactions that may come up in practice. Here’s the abstract from the article.

The differentiation of intoxication courses is one of the most difficult challenges for forensic pathologists and toxicologists. The case of a 52-year-old female inpatient of a psychiatric clinic with multiple medications who died from doxepin intoxication is reported. Concentrations of doxepin metabolites and isomers, pharmacokinetic modelling and genotyping of the doxepin-metabolizing cytochrome P450 (CYP) enzymes led to the following conclusion: the lethal doxepin concentration of 2100 ng/mL was more likely to have been reached due to drug interactions and genetic peculiarities leading to a reduction of the metabolic capacity and not by an acute (suicidal) overdose.

The abstract doesn’t mention specific drugs by name, but I wanted to give you some examples. The relationship between doxepin and CYP2D6 is pretty straightforward. It is one of the enzymes that contributes to the breakdown of the drug. 2C19 is another enzyme that helps breakdown doxepin. Patients who lack CYP2D6 activity or who are taking drugs that inhibit the activity of this enzyme may be at higher risk for toxicity.

The most commonly used CYP2D6 inhibitors that I’ve seen in clinical practice are bupropion, fluoxetine, and paroxetine. Less common agents include mirabegron, terbinafine, and darifenacin. When any of these drugs are used in combination with doxepin, there is the potential to raise its concentrations.