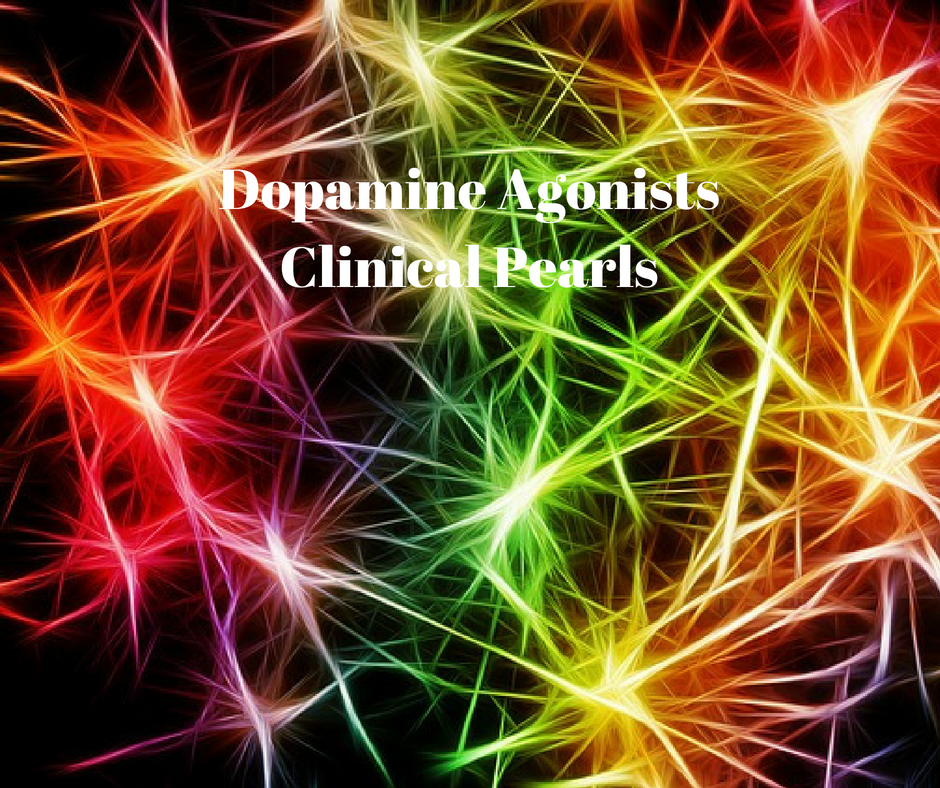 The two common dopamine agonists used in practice are pramipexole (Mirapex) and ropinerole (Requip).  They are often used in the management of restless leg syndrome and also sometimes utilized in Parkinson’s disease.  Here’s a few clinical pearls on these medications that you should definitely know!